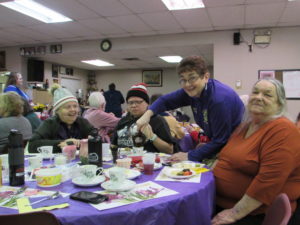 For the fourth year,  the Onaping Fall Lions ladies have hosted a Women’s Only tea.

Vendors are welcomed from the communities, however, all businesses in attendance must be owned by Women.  Each attendee received a thank you gift as well as getting in on a chance to win one of the door prizes. 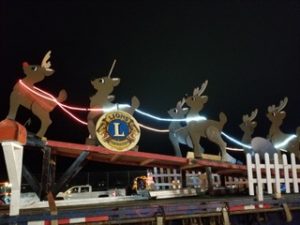 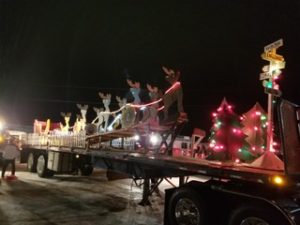 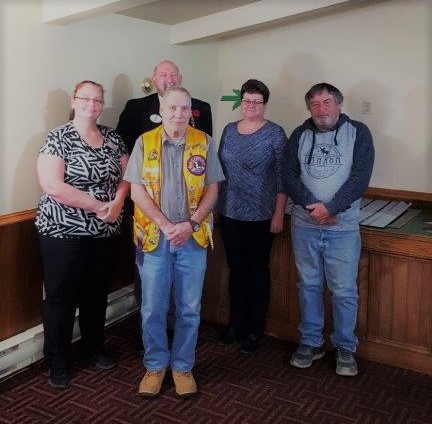 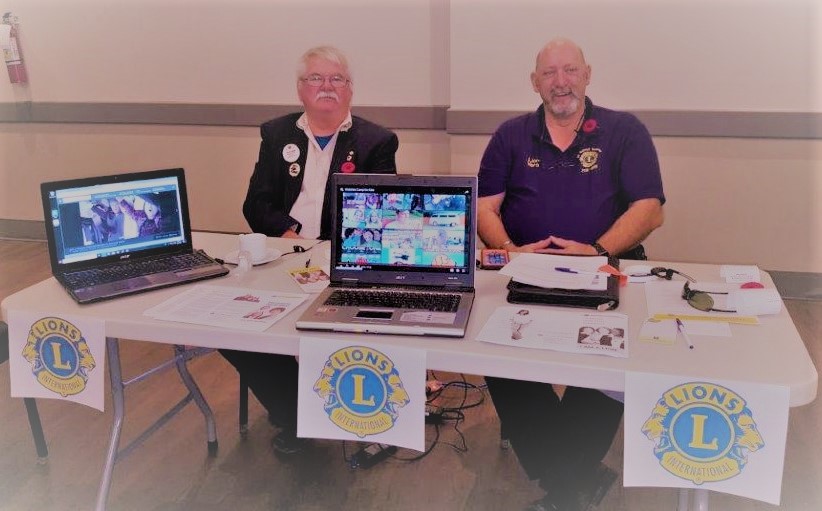 The Kirkland Lake Lions helped out a local grocery store to clean up before their reopening. The Foodland had a roof fire earlier this year which caused major smoke and water damage. Before opening, the store needed to be cleaned top to bottom.
The Lions stepped up to help in the store cleaning so that it could be reopened on time. Cleaning shelves are Lions Jennifer Rodgers, Karen Suykens and Jeanne Cloutier. Lion Milne Renne and Lion Karen posed for a picture in front of the lions information table. 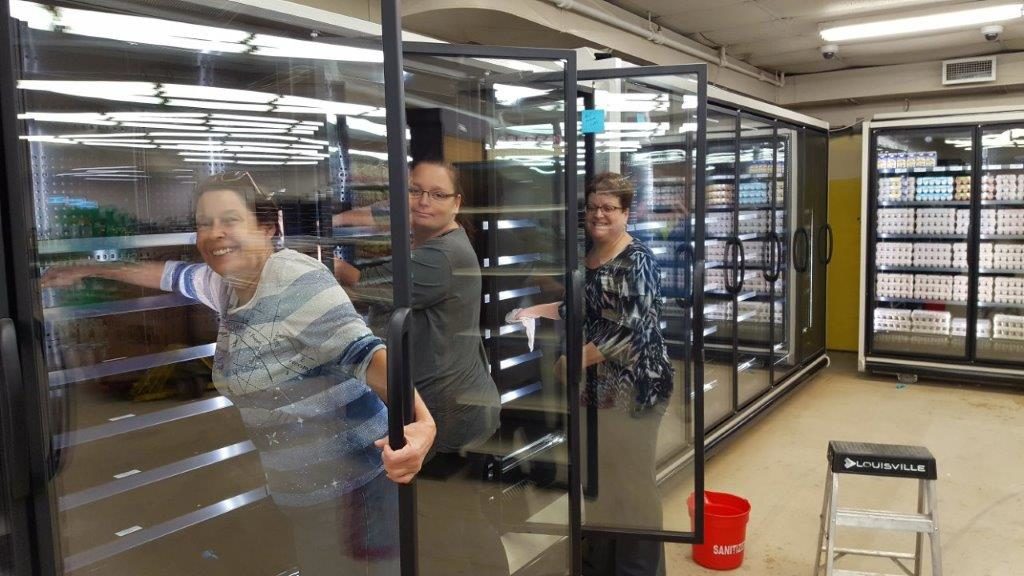 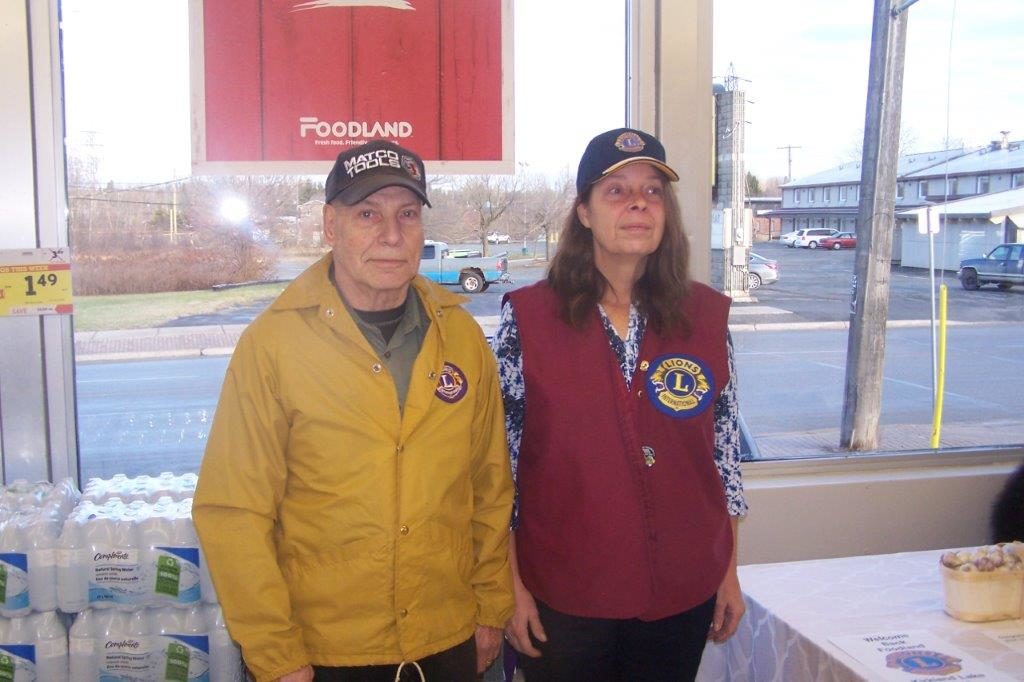 As a thank you for all the help, Foodland allowed the Lions to have a food drive to help the local foodbank. The Lions filled over 5 shopping carts to donate their local community.

Thanks to all of the Lions for helping their community stay strong. A big Lions Roar.
Pictured with the shopping cart is Lions Grand McComb and Karen Suykens 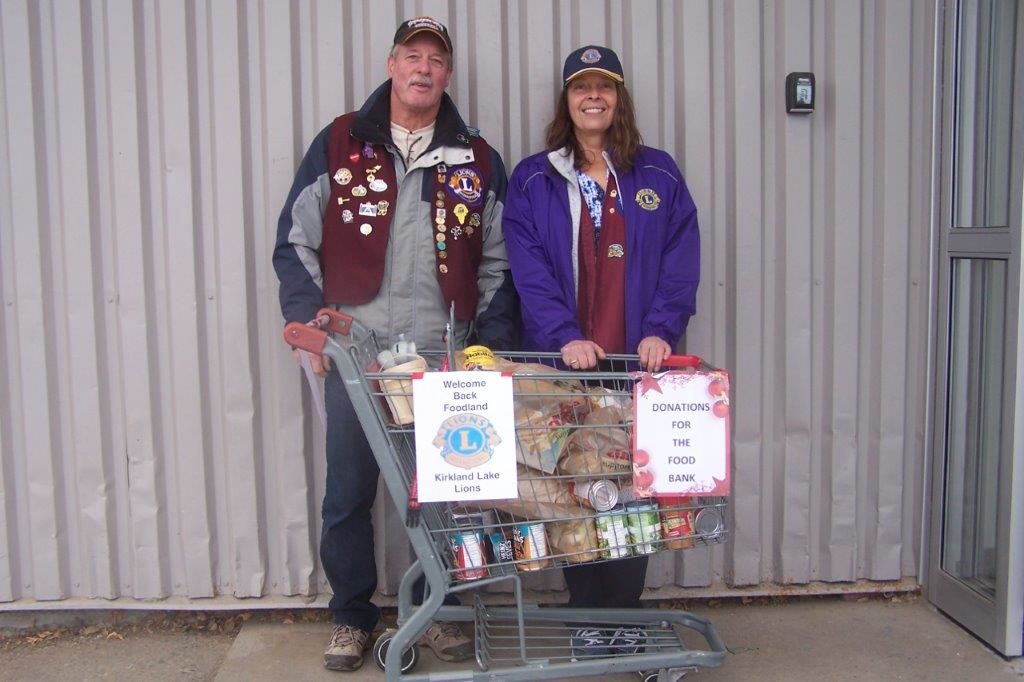 Temagami Lions Club and the Hudson Lions Club pay the Charlton Englehart Lions a visit on the same meeting night.  Northern clubs have significant distances to travel to visit other clubs.  To make the distances more agreeable, some of these clubs have created “The Travelling Lion”.  One club  “kidnaps” a Lion and takes it back to their club.  Each of the clubs has to visit the club holding the Lion and try to return it to their den. 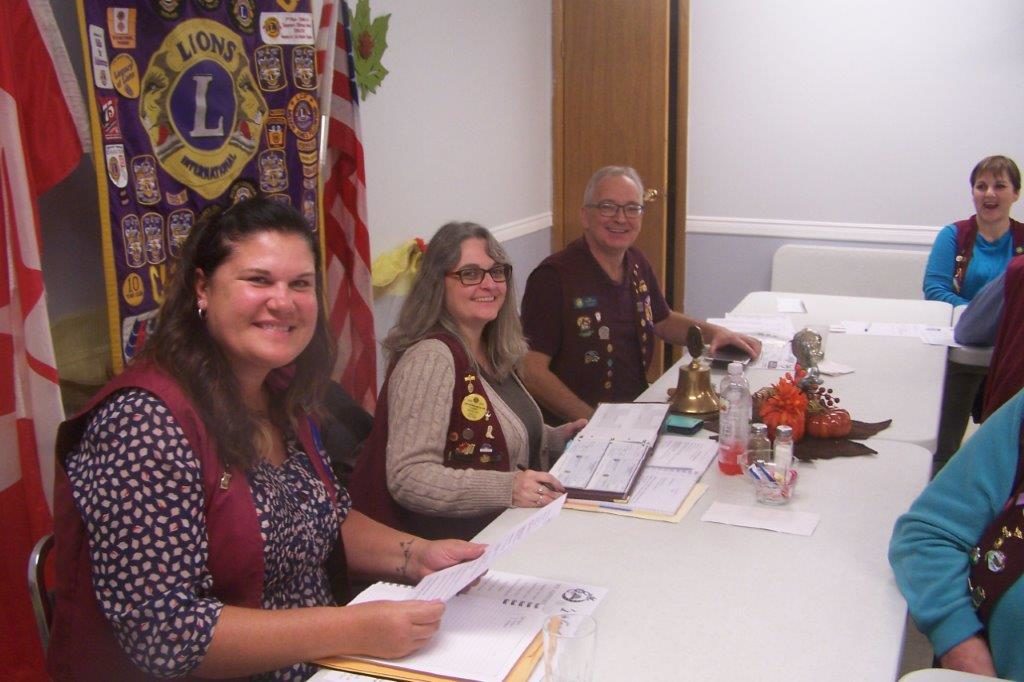 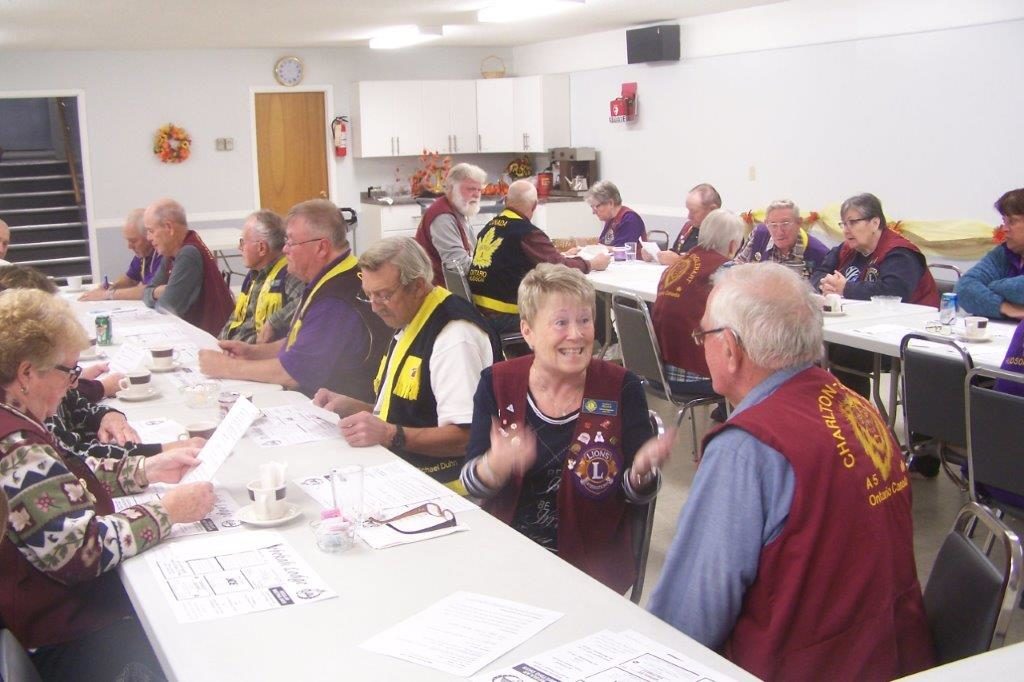 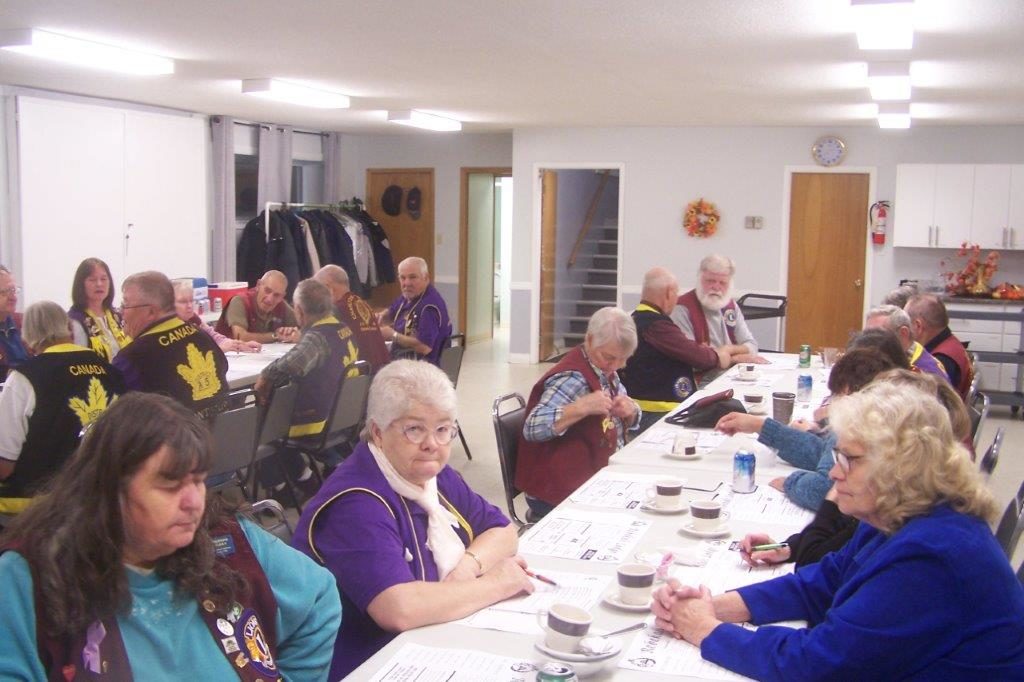